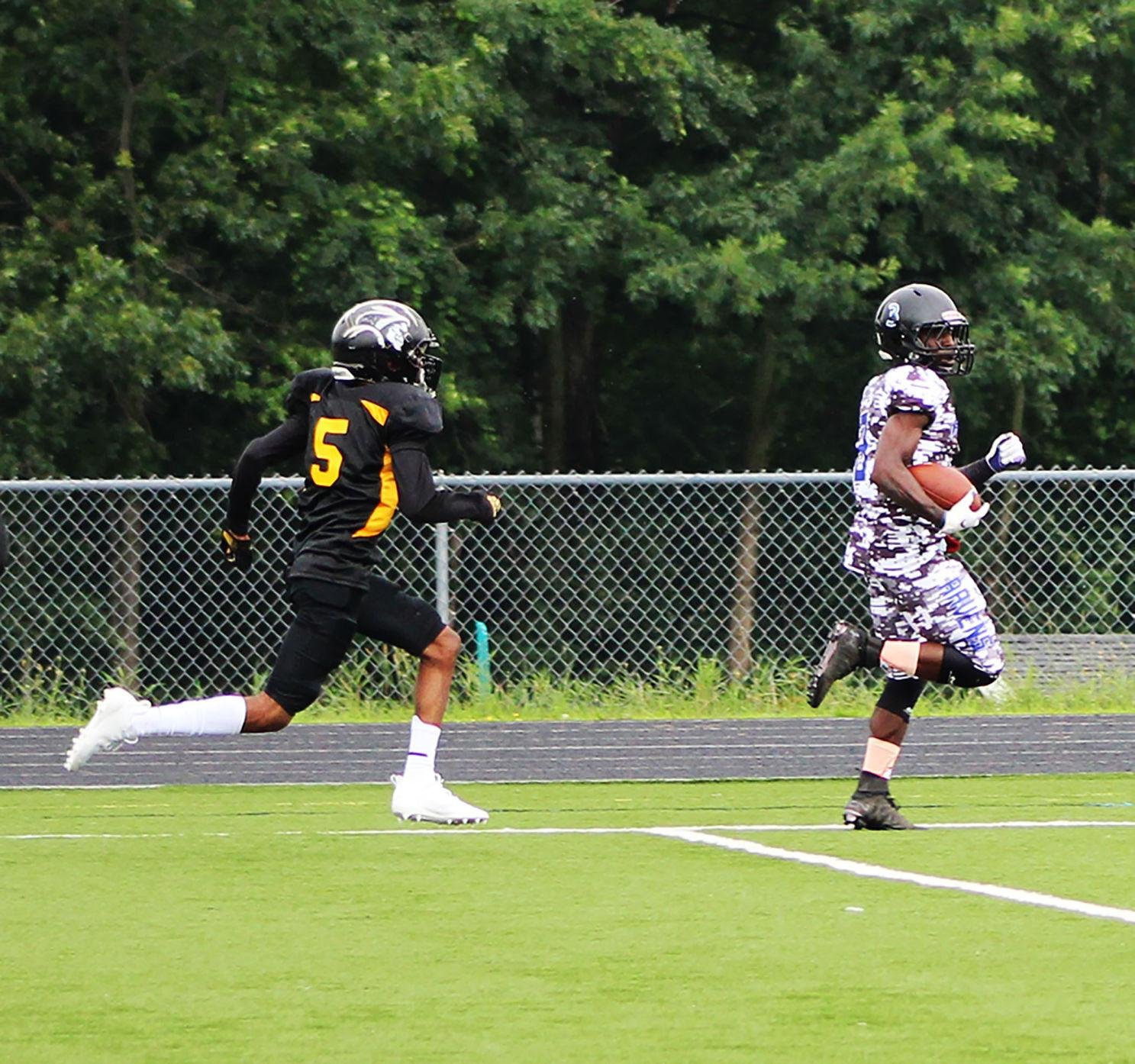 SOUTH BURLINGTON — The Vermont Ravens returned to action for the first time in nearly two years and didn’t miss a beat during their season-opening 42-0 victory over the Connecticut Reapers.

Bob Lamb made his coaching debut with the Ravens after leading Spaulidng High School to the regional championship last fall. Lamb and his staff watched the offense move the ball efficiently on the ground and through the air, thanks to solid play-calling and execution. A safety caused by a Reapers fumble in the backfield allowed Vermont’s defense to add a pair of points to the scoreboard as well.

The Vermont Vermont Buck and UVM club standout also ran the ball into the end zone himself with a 6-yard scramble to the left side. He also extended a series late in the game when he found a seam and gained 14 yards for a first down during a third-and-long situation. Vermont veteran running-back Akeem Williams set the tone early, exploding for a 37-yard gain following a nice block by the left tackle.

First-year receiver Matt Lumkes caught three passes for 69 yards and a pair of touchdowns.Lumkes scored on a nice pass-and-catch from Leclerc, who led him nicely over the top in stride for a 57-yard scoring play. Phillips also played linebacker, recording one solo tackle and three assisted tackles.

Clayton Torres, a 15-year Ravens veteran, hauled in two passes for 32 yards. He made a 20-yard touchdown reception in the fourth quarter.Vermont’s defense denied the Reapers time and again, with Lloyd White, and Brett Walton pressuring the Connecticut quarterback into quick throws.

Ravens defensive back Terrace Whitney had one solo tackle and three assisted tackles. He also recovered a fourth-quarter fumble, stopping a Reapers drive in Ravens territory.

Whitney was an offensive contributor as well, rushing for 29 yards and scoring on a 12-yard run in the second quarter.Kicker Drew Lamb was 4 of 6 on extra-point attempts for the Ravens, who have a bye this weekend.

Vermont will travel to play the Connecticut Colts on July 31.